If you know anything about me, you know I’m from the Midwest, well, Chicagoland to be more precise. And if you know anything about the people from Chicagoland, you know that about 90% of people from that area either have a cabin in Wisconsin or know someone that does.  Well, I grew up spending every summer with my grandparents at their cabin on a lake in Lakewood, WI.  So, I have been going there since before I was born (literally). This last year, one of my dearest friends from high school, who also grew up going to the same lake (that’s a funny story all in itself), built a gorgeous new home on the lake.  And one of the most striking features about the home is the use of shiplap siding (some may call it clapboard siding) throughout the home. The home is best described as a cape cod with big windows (and great views of the lake I might add), crown molding, white cabinetry, and shiplap walls…all painted white on white.  Just beautiful.

The funny thing was, however, after visiting my friend’s home over Memorial Day, I started seeing shiplap siding in lots of places.  Kind of like when you decide to purchase a new car, let’s say a Toyota 4Runner, and all of a sudden you start seeing them EVERYWHERE!  I was at High Point Market, and it was in 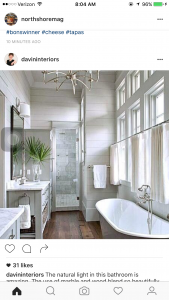 showrooms.  I was on Instagram…and there it would be.  As a person involved in interiors, I guess I just don’t pay as much attention as I thought.  I’ll blame it on living in Denver I guess.  We don’t get trends here quite as fast.  Anyway, it’s a thing.

One day, my friend messaged me and asked me about how to fix a problem they were having with their shiplap.  She told me that they had decided to go with pine (as it was much cheaper material than poplar), and everywhere there was a knot in the wood, they had a discoloration.  Most of the home is painted in white, but they have a few areas where they have painted with some light greys, and the grey areas were actually showing the problem (called blead through) more than the white areas.  I explained to her that to solve the problem, she needed to use a stain blocking primer on all the spots, and 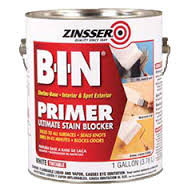 I recommended a shellac based primer called Zinzer 123 (over Kilz), but then she would need to repaint the wall.  And not just the small area or the board, but the whole wall.  If she only painted the spot, she would get what’s called flashing where the touch-up area would be shinier than the rest of the board and she would see each spot.  If she repainted only the affected boards, those individual boards would flash causing the same problem, so the only solution would be to repaint the affected wall.  I knew that would not go over well, as she had this problem throughout the entire house: walls, ceilings, and on some of the other trim as well. 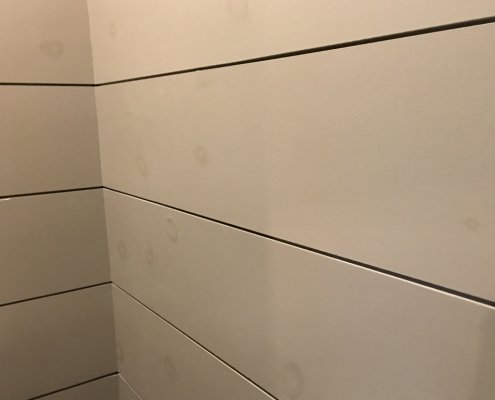 Why is this happening?  Well, the product they decided to go with, due to cost (and there is usually a cost with a less expensive product). If you are familiar with pine, you know that it has knots in it; whether you are looking at pine tongue and groove, pine 2x4s, or any other product made out of pine.  It is just one characteristic of the wood.  And these areas are what have more of the sap from the tree.  It takes a very long time, if ever, for all of it to pull out of the wood.  In order to stop it, you need to use a stain blocking primer, and I have found the shellac based primer to work the best.  As the sap comes out of the knot, it yellows the paint, leaving a mark that looks like a water stain.

What would have been the correct thing to do from the beginning of the project?

In order for this to not happen (did you see what I did there?), the builder should have specified to the painting contractor to prime all the shiplap boards with a stain blocking primer, and for insurance, I would have recommended that they prime all the knots with an additional spot coat.  So all the knots would receive two coats, then they could paint the boards with whatever top-coat they wanted. 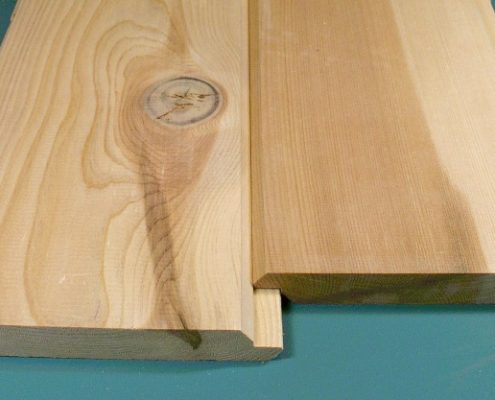 My friend is trying to work through this with her builder, and who am I to say, but in my opinion, the builder needs to own the problem, as I am sure he did not specify a stain blocking primer.  Some builders will claim that the painting contractor should have known to use a stain blocking primer, but the reality is, he or she probably was not privy to what kind of wood was installed, and who knows, some people want this kind of rustic look in their homes.  So in my opinion, the problem and the cost is what the builder needs to solve.

One more note, I also explained to my friend that before painting the whole entire house again, that she should do a test area in one room.  Because I am sure the contractor does not want to paint TWO coats of primer and two coats of finish, she should have them do ONE room and test.  Spot priming the knots, and applying two coats of paint, and then letting the area sit for at least 3 months to make sure the problem does not come back.  If the proper materials are used, it should work; but it will also ensure that the spot priming does not cause flashing as well.  If it does not flash (look shiny at the areas where the knots are painted), then move on to paint the rest of the home.  This is a tricky and costly problem.  Can you imagine if they painted the whole house again, just to have the knots come back again in three months?  Yikes!

So, the lesson in this one is; if you are going to install shiplap siding, you need to either choose the right material (and I would spend the additional cost and get the poplar, especially for a small project), or you need to prime the wood with a good quality stain blocking primer.  If you are interested in a blog I found on installing shiplap, check this one out that I found at Merrypad.com.  Another solution would be to stain the boards, but that is another topic for another day.