How to Properly Remove Wallpaper

How to Properly Remove Wallpaper

As a kid, I can remember my parents hiring a painting contracting team for our new house. The team did everything, including hanging rolls and rolls of wallpaper. There was a big patterned wallpaper in the entryway (which helped to hide a hole I later created as a teenager), a grasscloth in the family room (which I later painted over), a small print in the powder bathroom, and many other patterns throughout the house. So, when I think of wallpaper, I think of the ’80s. A lot of browns and a lot of flowers. Maybe you also have visions of wallpaper from the ’80s. 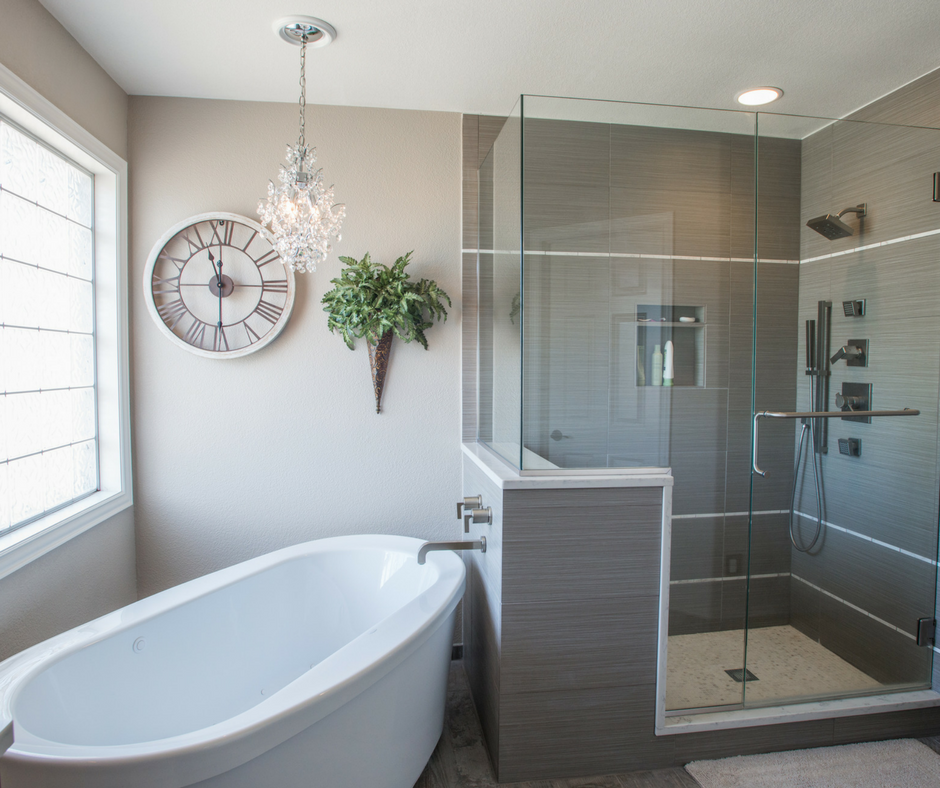 As a paint contractor, I have learned how to remove wallpaper the hard way… by trying every method under the sun. While Walls by Design strictly focuses on painting and no longer removes wallpaper, I have tried many techniques and would like to share my comments and experience with you.

The Paper Tiger. You may have seen this. It looks like an oversized computer mouse that you roll over the wallpaper, and it creates a scoring pattern in the paper. The thought behind this tool is that it helps to penetrate the wallpaper’s top layer, which allows water to get into the paper, to release the glue. The problem I found with this method is that it damages the drywall too much. There is a balance between getting aggressive with removing wallpaper and leaving the drywall intact. It is very difficult to avoid drywall damage with any method, but it has been my experience that the Paper Tiger causes a bit too much damage when trying to remove wallpaper. 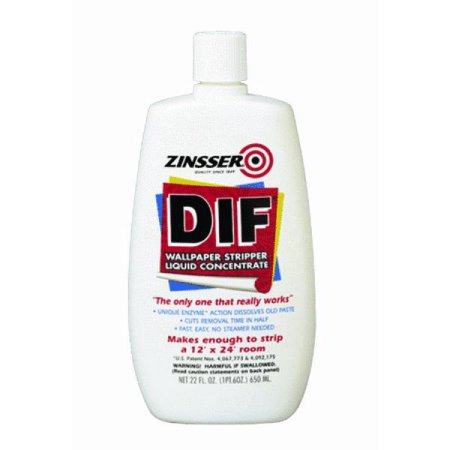 Wallpaper remover solution. There are many brands that make solutions which are supposed to break down the glue to make it easier to remove the paper from the wall. One I have used in the past is called Dif. I have always found this method to be too tedious and not very effective.  If you want to use something, I would suggest trying liquid fabric s 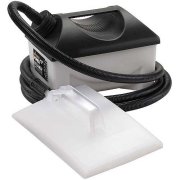 oftener. I have heard this provides very similar results.

Wallpaper steamer. This is the tool I have found to have the best and most consistent results. Wallpaper steamers are not expensive, and if you have a lot to remove, you might considering renting a commercial grade steamer. Most local rental stores will rent them for $20 – $40 per day. A lightweight residential version by Wagner can be purchased at Walmart for about $50. These have worked well for us in the past but can crap out after a dozen projects or so. I like using a wallpaper steamer because it is predictable. It does take patience, and can still damage the wallboard, but once you get a feel for it, it is easy to work… boring, but easy.

Wallpaper removal is not rocket science, most people just get impatient with it. What makes it hard is working on large walls or working above your head. Wrestling with the machine hoses can also be frustrating. Tight spaces between trim or walls and cabinets can be difficult as well, but usually, wallpaper installed in these areas do not receive as much glue and can be removed without too much problem.

After the wallpaper is removed.

Once you are successful at removing all the wallpaper from the walls, you still

need to deal with the residual glue. You can do one of two things:

Problems that will occur if you DO NOT seal or remove all the glue.

A friend of mine who lives on the east coast emailed me a few weeks ago with a question. She wanted to know, “Why her walls were bubbling in places after they removed the wallpaper?” To which I told her, she needed to seal her walls. After wallpaper removal most people repair any drywall damage. Drywall compound is also water-based and will reactivate the glue. This causes the bubbles. I once walked into a project where a drywall contractor had skimmed most of the house after removing wallpaper. Bubbles were created throughout the entire house. I had to tell the homeowner the best way to proceed was to oil prime the walls, then fix any of the bubbles. A costly mistake.

Once the oil prime and drywall repair are done, a latex drywall primer can be used, and then a finish coat or coats can be applied.

So to recap, here are the proper steps for wallpaper removal:

With anything, people will try to skip steps and cut corners… that is where problems occur. Can you remove wallpaper, get lucky and skip to painting with no problems? Sure, I bet, 1 out of 10 times you will escape with no problems. Probably because the glue was either very lightly applied or the project is so old that a different kind of glue was used. In that case, though, there are other problems that can occur.

Removing wallpaper can be a huge task. When we did it, we always gave an estimated range of the cost but never could give an exact number. The reason is we never knew how easy it would be to remove. I have had wallpaper tear down in big sheets in minutes, and I have spent hours on just one wall. You can never know how it will go. Everyone always says: “I think they did a really good job during installation, so it should come down easy.” Well, we will see. Even if one wall comes down easy, it does not mean all the walls will go easy. I once worked in a dining room that started great – sheets were coming down with ease.  Then we hit the second wall, and they installed the wallpaper right over raw drywall and we spent 4 hours on a 6 ft. wall. So, you never know.

Be sure to check out our no payment or low-interest financing options!